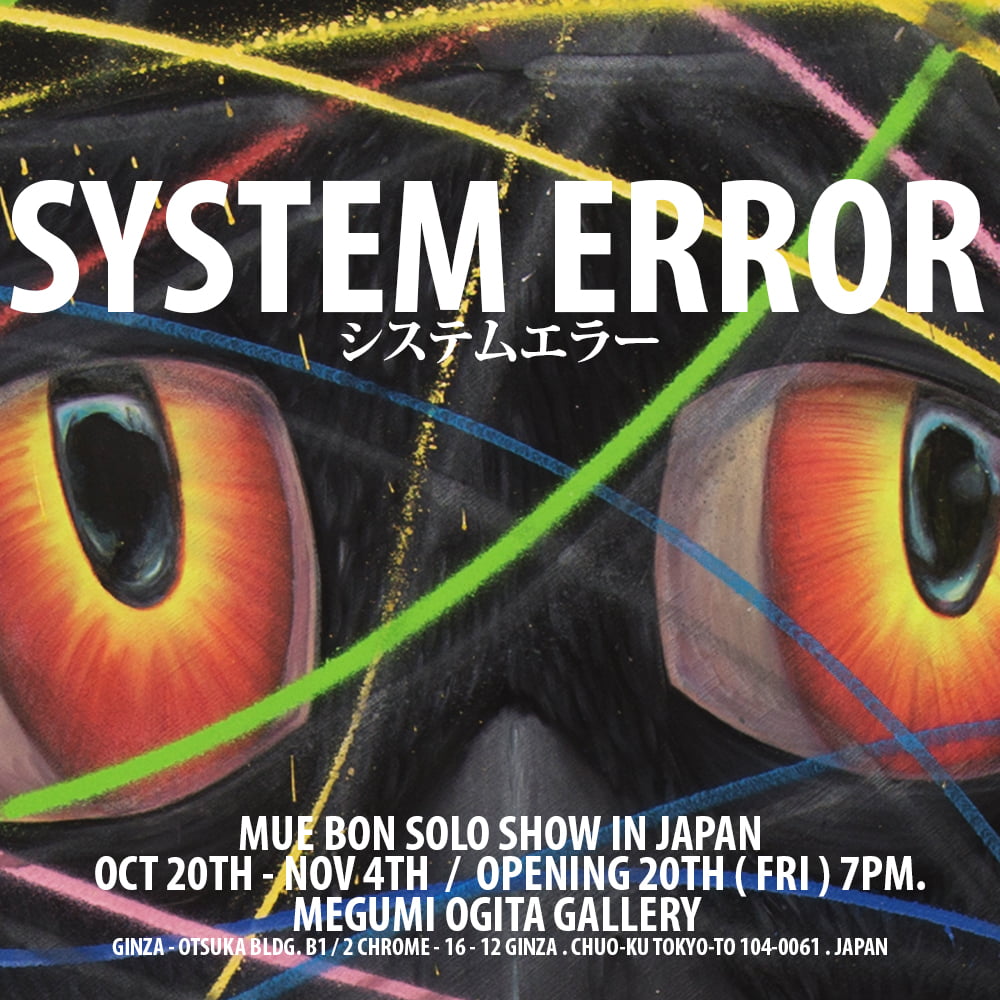 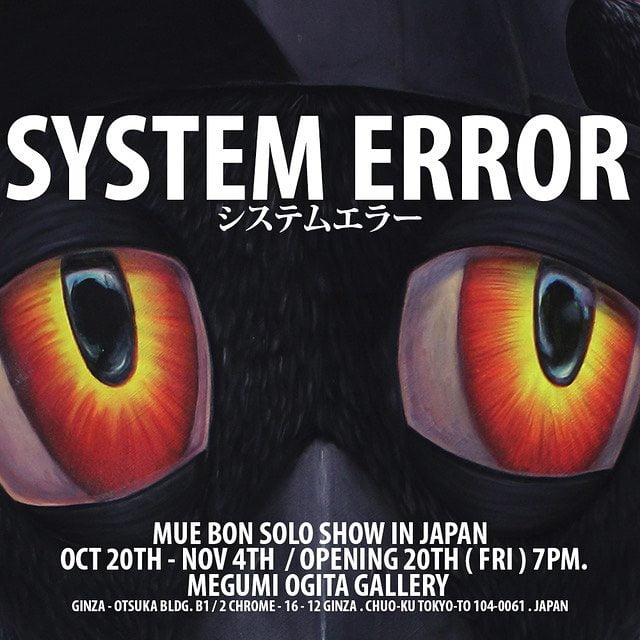 A muli disciplinary solo show by the Thai and international Street Artist Muebon.

Since his last large scale solo show…. the system is still broken….if not more broken!

Muebon communicates this through his often rebellious and wide spread Bird Character…..seen on the streets of London, Tokyo, Melbourne and to everywhere else hes traveled….

The ‘Broken System’ refers not just to the social or political system, but also computer and bodily systems that taunt us people daily….Muebons detailed works contain much hidden symbolism as well as a battering ram of a message.

Combining his 2017 Tokyo solo show with a number of large and small scale street works around Tokyo, curated by Gypsy Eyes Japan a long term collaborator with both the Artist and Souled Out Studios.